If you like the idea of keeping all your memories in the one place, or you want to showcase your photography to a wider audience, then a hosted photo gallery is a sensible choice. By now you're most likely aware of commercial offerings such as Flickr and the like, though I've found once you've got your library into these platforms, it's very hard to export it elsewhere … END_OF_DOCUMENT_TOKEN_TO_BE_REPLACED 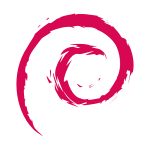 Thanks to the implementation of a new centralised logging solution, I started to notice some of our virtual machines running Debian 6->8 in a VMware environment had the following message repeating within their syslog's: I found that when Debian is installed within a VMware environment it assumes that disks are in a RAID configuration, and so the RAID verification … END_OF_DOCUMENT_TOKEN_TO_BE_REPLACED 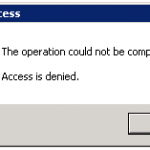 If you are having trouble creating a dump file from a process owned by the system user, then read on and I will show you how to resolve this. Before we start, you will need the following tools and information: PsExec to execute commands as other users ProcDump to create the dump file The PID of the process you wish to create a dump file from (use this tutorial if … END_OF_DOCUMENT_TOKEN_TO_BE_REPLACED 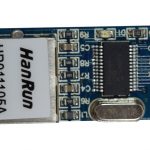 Here is the wiring configuration you will need if you wish to connect this commonly found Ethernet module to an Arduino Nano v3.0. I use this module quite a bit, mainly as it's reliable, cheap, and pretty quick too. Mine came from Fasttech, and is listed for around £3 currently, though I didn't pay that much, and I believe you can pick these up for around half that price on … END_OF_DOCUMENT_TOKEN_TO_BE_REPLACED

In a quest to make it easier for myself and others to modify my Chef recipes, I thought it was about time I started to use attributes much more seriously than I had been doing previously. Soon enough, I needed to loop through a hash of attributes in order to make my recipe's code as clean and efficient as possible, and if you are relatively new to Chef then you might find … END_OF_DOCUMENT_TOKEN_TO_BE_REPLACED