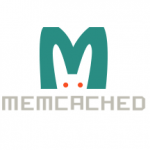 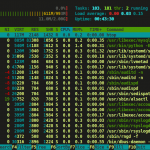 Htop is best described as a more user friendly version of top as it offers more in the way of on screen interaction and easy sorting/usage from it's various in-program menus. Installing htop under Ubuntu 16.04 (Xenial) is trivial and be completed in less than 30 seconds, here's how to do it: Once installed, type "htop" and a screen that looks like the following … END_OF_DOCUMENT_TOKEN_TO_BE_REPLACED

Whilst the documentation around the knife bootstrap command is brilliant, I learn better by example/doing, so here's an example of the syntax I use when bootstrapping new nodes within my infrastructure. There are variants to this which don't use the password in the command line, and there are certainly pre-requisites that need to be satisfied before you can just go ahead and … END_OF_DOCUMENT_TOKEN_TO_BE_REPLACED

An updated version of this post for Ubuntu 18.04 LTS (Bionic Beaver) is available here. If you're looking to cut down on FTP transfer times of many small files, or even just try to extract and archive you've just used wget to grab, rar and unrar always come in handy and are included in my default install list for any server I manage. Installing rar and unrar under Ubuntu … END_OF_DOCUMENT_TOKEN_TO_BE_REPLACED

Maven aims to remove the complexity and confusion which normally arises when building or managing a java-based project.  Nowadays, it's a major part of most Java developers day-to-day workflow. Here I'll run you through how to install Maven on Ubuntu 16.04 (Xenial), the process start to finish should take less than 5 minutes. Let's get straight to it. Apply Apt … END_OF_DOCUMENT_TOKEN_TO_BE_REPLACED